If you’ve channel surfed around free to air TV lately you’ll know that its piled thick with non-stop infomercials and fairly old stale entertainment. Of course you can still catch the latest reality show, but that’s only because their cheap to make and turn out. 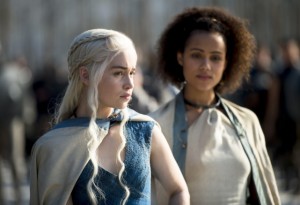 The problem with free to air TV goes right back to the introduction of digital TV. The Howard government at the time decided to protect the interests of a few corporations in Australia (prime, nine, ten etc. and Foxtel) by preventing which TV stations could be on the digital spectrum. This despite offers by channels such as comedy central, MTV, various movie channels etc. (previously forced onto the Foxtel platform) to provide ad supported free to air services.

But wait wasn’t Telstra bought by Mom and Pop investors? You show me one person on a basic wage who owns telstra shares and I’ll believe that! Telstra was an asset owned by everyone in this country, sold out from under us by the Coward government to the upper middle class and the rich.

Pay TV did not always have adverts, this was something that was allowed by the liberal government. Not satisfied with subscription fees greedy Foxtel wanted its share of the advertising cherry. This was resisted by the free to air stations at the time, but their protests fell on deaf ears.

So now suddenly there was less advertising revenue available to the free to air stations, less revenue with which to buy quality first run entertainment. Foxtel of course had a bonanza cherry-picking the available advertising on the basis that they did have first run shows – shows they now have a virtual monopoly on.

Foxtel should never have been allowed to have advertising as you already pay to access it, that is you have already paid for the content – instead Foxtel is allowed to charge you twice for the same programs. Free to air TV  only charges you once, how is this a fair and competitive situation?

Governments have been asking the question recently, why Australia is one of the worst pirating nations in the world. The answer is fairly simple: when you allow one company to monopolize what people see locked behind extortionist subscription fees, rather than legislating so that free to air TV must run a program first, people are likely to rebel against the higher cost of accessing entertainment.

Not surprisingly the loudest voice against piracy in a recent forum organized by the federal government was Foxtel. The other parties suggested a wide range of reasonable solutions but Foxtel stood out as wanting piracy sites outright banned. It is therefore strange that just precisely what Foxtel alone wanted to happen indeed did happen through recent legislation.

Of course when we look at political donations to the Liberal party its fairly clear why Foxtel is allowed such a free reign. It was revealed recently that The Australian Screen Association which represents 20th Century Fox who are owned by News Corp who also own …you guessed it Foxtel, donated $4 million in political donations since 1988.

The liberal governments of Howard and Abbott have done nothing but pander to Foxtel’s interests and the free to air TV we are all supposed to enjoy has suffered accordingly.