In an act of monumental stupidity the working people of NSW re-elected the Baird NSW government recently. Now like most right-wing leaders of his ilk Mr Baird is dancing around using the word “mandate ” like it has been sent by god. This despite the fact that there was a considerable swing in voting against the NSW liberals. 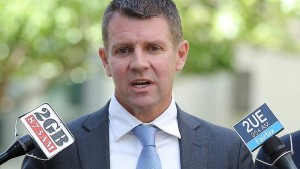 One of the biggest issues of the election, the privatization of electricity infrastructure, was probably the easily most misunderstood by the voting public and despite a vigorous campaign by the opposition to highlight it the message fell on deaf ears.

We have only to look to Victoria to see just what affect such privatization has had on electricity prices for the average consumer; prices for electricity supply reached and are still at their highest in decades. One of the biggest outgoings for the average family home has become paying energy costs brought about by the greedy price hiking of the infrastructure (in Victoria’s case owners) like Ausnet.

Wait you thought these lessees were just leasing the infrastructure, but not to make money out of it..this is at least what Mr Baird would have you believe! Naturally they intend to make mega millions in profits, at minimum four times their initial outlay. But where is this money going to come from, oh of course the power bills of you and me.

So why is this new expense waiting in the wings a pseudo GST? Because its a new tax where a person earning a million dollars a year and a person on welfare struggling pay exactly the same amount hiked onto their power bills.

Of course Mr Baird has said he is going to spend the money (which he coincidentally is getting all up front)  from this “Energy GST” building schools, hospitals, roads, public transport etc etc. We’ve heard it all before of course, the money will go straight into general revenue and be spent where it can be of benefit to liberal party voters. We will of course all be paying for this for years though with the money quickly spent on rich peoples agendas before we can protest. It won’t matter if people wake up to the fact that they have been duped, because liberal or Labor government we’ll still be paying the energy GST for years to come.

Privatization of public resources has been tried and failed miserably in almost every Western country; all that has resulted is a massive rise in the cost of living for those who can afford it least and pensioners going cold in winter.